The longer one lives with goats, the more traditional sayings and various tropes associated with them make sense.

Consider David Asher's interesting take in The Art of Natural Cheesemaking on one of the most-oft lamented quality of goats: their general unmanageability.

Though they are often called "poor persons' cows," I prefer to see goats as activists animals . . . goats are an antidote to big Dairy (121)

How so? Well, according to Asher, the very unsuitability of goats for industrial production has saved them from the fate that has befallen dairy cows:

Goats are a belligerant species that have rejected the rigorous production regime thrust upon their bovine cousins . . . goats refuse to be cogs in the machine of industrialized dairying. Expert escape artists who resist being kept indoors and prefer a diverse diet of browse, goats do not tolerate being kept in close quarters. Their refusal to be bred any time of the year, their limit of 1 gallon of milk a day (modern Holstein cattle will often give over 10), and their milk that only stubbornly gives up its cream has stopped them from becoming commodities like cows (121).

Asher is exaggerating a little here, since goats have indeed been co-opted into industrialized dairy. That's why you can buy goat milk in most grocery stores nowadays. And as we have learned from observing Monchita, cows also prefer to live outdoors and a diet of browse, if given the choice. They just don't put up as much of a fuss as the average goat.

That said, the scale of commercial goat dairy is tiny by comparison to that for cow milk. And there are several key points of difference in impact on how goats have been handled as a livestock species:

Goats have not been the subject of intensive breeding campaigns to optimize production on a grain-based diet. There are no hormones developed explicitly to improve their production. Not politicized and controlled like cows (many regulations that control the flow of cows' milk may not apply to goats'), they are an accessible and affordable "fringe" livestock (122).

Goats are favoured by small-scale herders and farmers because they are relatively easy to keep if you are not trying to force them into the industrial dairy model (doing so consumes an astonishing amount of money and labour).

At the Academy, we honour the rebel spirit of our goats by naming them after particularly fierce revolutionaries. We also aspire to learn best practices in goat keeping from the peasant and pastoralist cultures that have developed methods that work with and not against the intrinsic nature of goats.

The Guardian has a 2020 photo essay by Chris de Bode on a Farm Africa project in Uganda and Ethiopia that gives goats to rural women's livestock groups. The women in the goat breeding group share the offspring of the initial herd amongst themselves, while one acts as a keeper of the bucks; often the goats are the first property any of these women have owned.

Pastoralists mainly keep local goat breeds, which are able to thrive in challenging climates with low quality forage and fodder, but produce very little milk. Farm Africa helps communities to crossbreed local does with high-yielding breeds of buck (males): Toggenburg from Uganda and Boer from Ethiopia. The offspring grow faster and produce more milk and meat than local goats.

This past March during the Covid lockdown, the unusually quiet streets of the Welsh town of Llandudno were overrun by the herd of wild goats that lives on the hillside in a park just out of town.

The herd of Great Orme Kashmiri goats, originally a gift from Queen Victoria to a local notable, normally visit town in the spring in search of food. But this year a rogue group of mainly bucks have ventured further and in greater numbers than before. Their antics are featured in a delightful Atlantic photo essay.  The baby boom caused when the annual contraceptive program was not carried out the previous summer has led to some of the herd being relocated to various conservation grazing programs around the UK.

The New York Times has a piece on using goats as a method of wildfire prevention in the American West.

Lani Malmberg trailers her 200 goat herd from site to site in Colorado, letting them eat as their hearts' desire, inside the confines of a portable electric fence.

After the goats digest the brush, their waste returns organic matter to the soil, increasing its potential to hold water. Goats are browsers that eat the grass, leaves and tall brush that cows and other grazers can’t reach. This type of vegetation is known as the fire fuel ladder and leads to wider spread when wildfires spark. More than quell a fire, Ms. Malmberg aims to prevent it from even starting. “By increasing soil organic matter by 1 percent, that soil can hold an additional 16,500 gallons of water per acre,” said Ms. Malmberg. “If helicopters come and dump water on the fires, nothing is done for the soil.”

Malmgren developed her fire mitigation technique in graduate school while studying weed science, and co-founded the Goatappelli Foundation to train people in her technique. 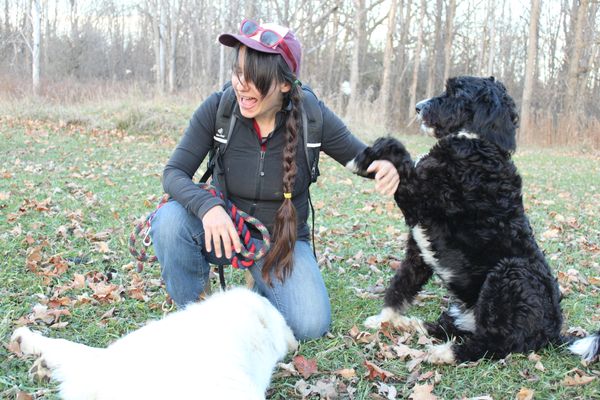 Join the animal faculty of the Academy of the Impossible, medical historian/agroecologist Dr. Jeanette Herrle and futurist farmer Jesse Hirsh to immerse yourself in leadership issues in a wholly unique manner, both conversational and experiential. 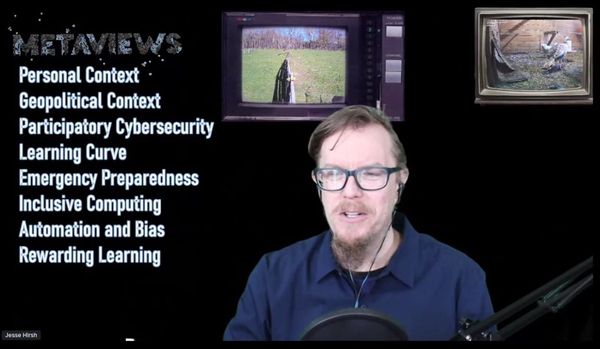 Jesse Hirsh, a veteran media maker and educator, can teach you how to dazzle in online events and meetings. This interactive four session workshop is designed to rapidly upgrade your skills and confidence level, while also having fun.

Our VIP SharkShouter is our streamer of the week for the first week of October 2021 SharkShouter - TwitchWelcome to ShArKcRaCkOdOn. I’m a shark finatic, casual gamer and variety streamer. I play for fun and share my experiences with others. Feel free to hang out, see what a game